What do we do

Sylhet Agricultural University Film Society (SAUFS) is a voluntary student organization of Sylhet Agricultural University. SAUFS believes, Film is a strong media that can change the society. Only better films can create better & intelligent audience. SAUFS also believes that students can bring the better films to the mass audience. Moreover, hopefully, they can change the world & outlook of mass people. SAUFS arrange screening of many quality films, organize film festivals, seminars, film courses, film appreciation, round table meeting, celebrate national days, and as well as do some other responsibilities as a film society in a regular basis.

Sylhet Film festival is an annual film festival, which showcase full-length features, shorts, experimental films made by young independent filmmakers, including fiction animations and documentaries. One of the primary missions of the festival is to provide the youth with a platform to showcase their talent in media, provide an advantageous environment for the development of film and other creative works. The festival promote the study and appreciation of the film by means of screenings, discussions, exhibitions, workshops and related activities. 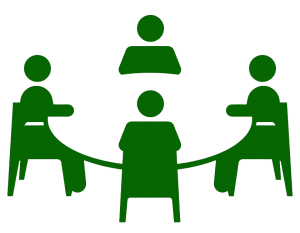 We arrange seminars and discussion on films. In these sessions we invite both national and international filmmakers, critics and scholars as guest speakers. They often talk about storytelling, script writing, video editing, direction and lots more. By organizing these sessions, our goals are: Providing knowledge about film making to the young filmmakers and Sharing thoughts on the development of films.

Sylhet Agricultural Film Society arranges screening of different types of film. After screening, audiences share their thoughts with filmmakers and crews to understand the language better. We arrange screening of films with consent of the makers and producers. They also contact us for screening as well.